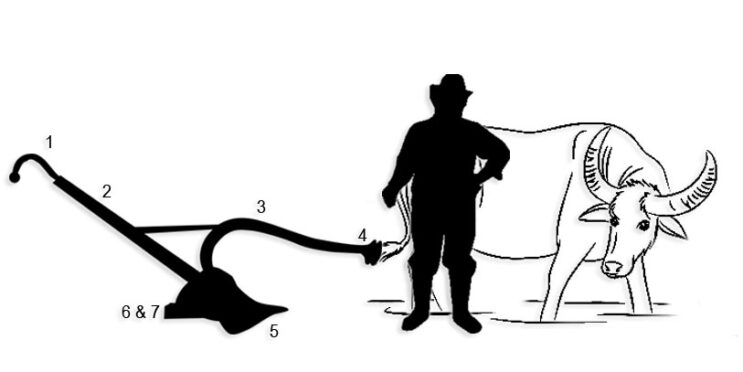 A plow is a tool used to cultivate the farms. This is a typical way of preparing our farmland for plantation. The plow can be pulled by our animals, such as cows, carabao, and horses.

Per the our study, the plow of prehistoric days was made entirely of shaped wood. When iron was created, it was also utilized as a component of the plow. And to this day, the plow is entirely constructed of iron.

There are several plow styles depending on the region, because each area has its own work in terms of equipment and so on. For example, the plow may have two blades in certain places but only one in others.

Parts of a traditional Plow

1. Handle: A plow handle that is used for directional maneuvering.

2. Body: the main frame to which the handle, beam, mould board, share, frog, and landslide are attached.

3. Beam: it reinforces the entire plow structure where the hitch is mounted.

4. Hitch: to pull the plow through it. The hitch has a number of holes and serves an important purpose. We may control the depth and shallowness of the pits using slots.

5. Share: This sharp section of the plow has a point share; to either break it, you need a wing share; and to completely separate and flip the soil, you need a mould board.

6. Frog: the part to which the share, land side, and mould board are attached.

7. Landslide: The flat plate that rests against the furrow border and stops the plow from lateral swinging.

“JBS debut famer, freelancer. In my spare time, sharing information as a hobby. ” 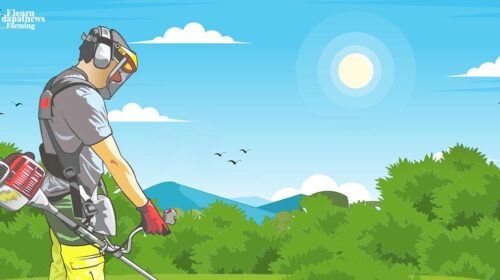 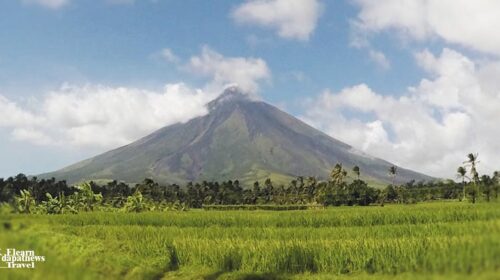 Your password reset link appears to be invalid or expired.

To use social login you have to agree with the storage and handling of your data by this website. https://dapatnews.com/privacy-policy-2